I have struggled with my weight for quite some time now. Perhaps the term ‘struggled’ is misleading. What I mean is that, for years now, I have consistently eaten far more than I need to, eaten foods that contain my weight in sugar and my idea of exercise has been walking to the fish and chip shop.  I then ‘struggle’ to come to terms with the number that comes up on the scales. 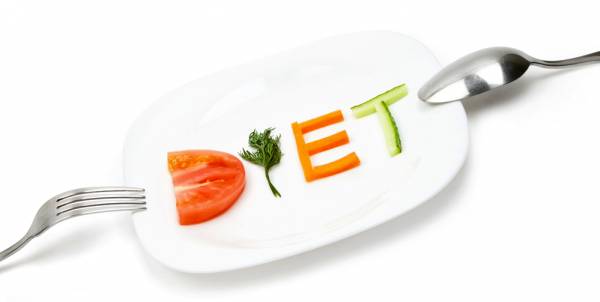 Historically, I was slim; skinny, in fact. It’s not because my diet was any better  and I have always had a big appetite– I could just eat what I wanted and never gained weight… What an utterly annoying bastard I was!

But then I got older, I became less active, my metabolism slowed down and I have mental images of my insides exploding due to them being overfilled and kebabs leaking out of the seams, which is what has caused all the lumps and bumps.

It’s something that has got worse since my daughter started nursery. She goes for three hours a day and my boy is usually asleep for a lot of that time. This then becomes the only time in the day when I can watch a little TV, not have to hide behind the sofa to eat chocolate and/or eat a meal in peace where I don’t have to keep getting up to fetch things, mop up spills, have little fingers in my food because the food in my plate is better even though it’s exactly the same as theirs or have to stop to pick out anything with any colour. The other day, I had to remove what turned out to be a mostly eaten chip from my daughter’s plate because it looked too much like sweetcorn. It’s the only time of day when I actually get to enjoy my food so, naturally, I end up eating the entire time!

I have tried to lose weight countless times, whereby I strive to eliminate sugary and fatty foods, find alternatives to unhealthy snacks and eat my five-a-day.  The problem with eating this way is that is not enjoyable. I don’t mind eating  a salad for lunch or having a grilled piece of meat with a side of vegetables for dinner, but it means that I am simply eating so that there is something in my stomach and there is no pleasure in it because, essentially, you’re eating the type of food they throw to the monkeys at the zoo.

I can usually maintain it for about five weeks, but I don’t lose much weight in that time, then end up getting frustrated and eventually allow bad habits to slowly creep in. For the past few years now, my life has been a continuous cycle of losing four pounds and subsequently gaining six.

The thing is, I’ve never been massively concerned about losing weight. Partly because I am tall so I can carry it better than most, partly because I wear shapeless clothes so other people don’t notice as much and partly because the picture I have of myself in my head clearly uses a Snapchat filter and never looks that bad.

However, I made a horrible discovery the other week when I weighed myself and realised that I was the same weight that I had been at the end of  my pregnancy with my daughter. To put that into context, the extra fat that I was carrying around has the equivalent weight of a small human in a sack of water.

I was determined to make a lasting change this time so, rather than cutting everything out, I would introduce a number of small changes to my diet over a long period of time and still allow myself the occasional treat so I’m not just eating monkey food all the time.

Also, unlike my previous attempts, I had decided that I would incorporate regular exercise. I had always been quite active growing up so there was no reason I couldn’t be like that again. Well, the baby in the sack may make things a little more difficult, but we’ll put that issue to one side for now.

In a bid to include exercise in my daily routine, something that my previous weight loss attempts had been lacking, I bought a zumba DVD and decided that I would go for a jog along the nearby canal every day. The zumba part was fine, apart from the first day I tried it. After not having done any rigorous exercise since I’d had my children, I was unable to move my legs for quite some time afterwards. But I actually quite enjoy it now.

The jogging part was a little more difficult.  For those of you that know me personally, I’m sure the thought of me jogging has produced some hilarious mental images, and so it should! For a start, what does someone like me wear to go jogging? Why, my husband’s trainers, tracksuit bottoms and a hoody fastened tightly around my head so I don’t have to wear a scarf, of course.

Next,  I had recently watched a video posted on Facebook of a Muslim man, wearing multiple layers of clothing, being publicly handcuffed and searched because he had been running to the mosque, as he was late for Friday prayers, and someone had called 999, reporting a potential terrorist.

Aware that I too probably looked like a man wearing multiple layers, and not wanting this to happen to me, not least because there was a old, funsized Bounty in the pocket  of my jogging bottoms that would make them doubt my explanation as to why I was running, as well as question my housekeeping, I tried to compensate by smiling at everyone that went passed.

However, I hadn’t taken into account that I was incredibly hot due to wearing winter clothes whilst jogging in summer heat, that my face had turned purple, that I was incredibly unfit and felt like I was going to die about three minutes into it and that, bearing all this in mind, my attempted smile probably gave the impression that I was having a stroke. Forget the police, I’m surprised that no one called me an ambulance!

In the end, I only jogged when I saw someone coming and walked the rest of the time. I even pretended to be out of breath a couple of times.

I’ve always been someone that’s never cared about what other people think of the way I look, but having a little more of me on display than usual made me feel a little more insecure. I jogged when I saw someone coming because I didn’t want anyone to think that I was out of shape and doing something out of the ordinary… because it’s not like the baby in the sack would have given that away(!) Even then I was paranoid that people were laughing at me.

It took me a few days to overcome this and think, Yes, I am overweight, but I am doing something about it and if someone finds that funny, they are welcome to laugh because I am not doing it for their benefit!

I should probably mention that if you are planning to start jogging, it’s probably best to plan the route you’re going to take. I had just said that I would go the distance of the canal, not realising that it is called the Leeds Liverpool Canal because it goes from Leeds to Liverpool! I had been ‘jogging’ for almost 3 miles before I realised that it wasn’t going to end anytime soon and then had to make the long journey back.

If you’re wondering how it’s going, I kept it up until I injured me knee, which I continued to ignore  until the pain became so unbearable that I couldn’t even walk on it. In hindsight, I probably pushed myself too hard and put too much pressure on my body especially given how heavy I was. I fully intend to resume once I have recovered, albeit at a gentler pace but… damn that baby in the sack!

15 thoughts on “The Trouble With Losing Weight”